Last week we visited the Musée Cantonal de Beaux Art in the Palais de Rumine to see the much talked about exhibit of Chinese artist and dissident Ai Weiwei. Widely considered to be one of the most influential living artists of our time, Ai Weiwei has made a name for himself by speaking truth to power in subversive and controversial ways. 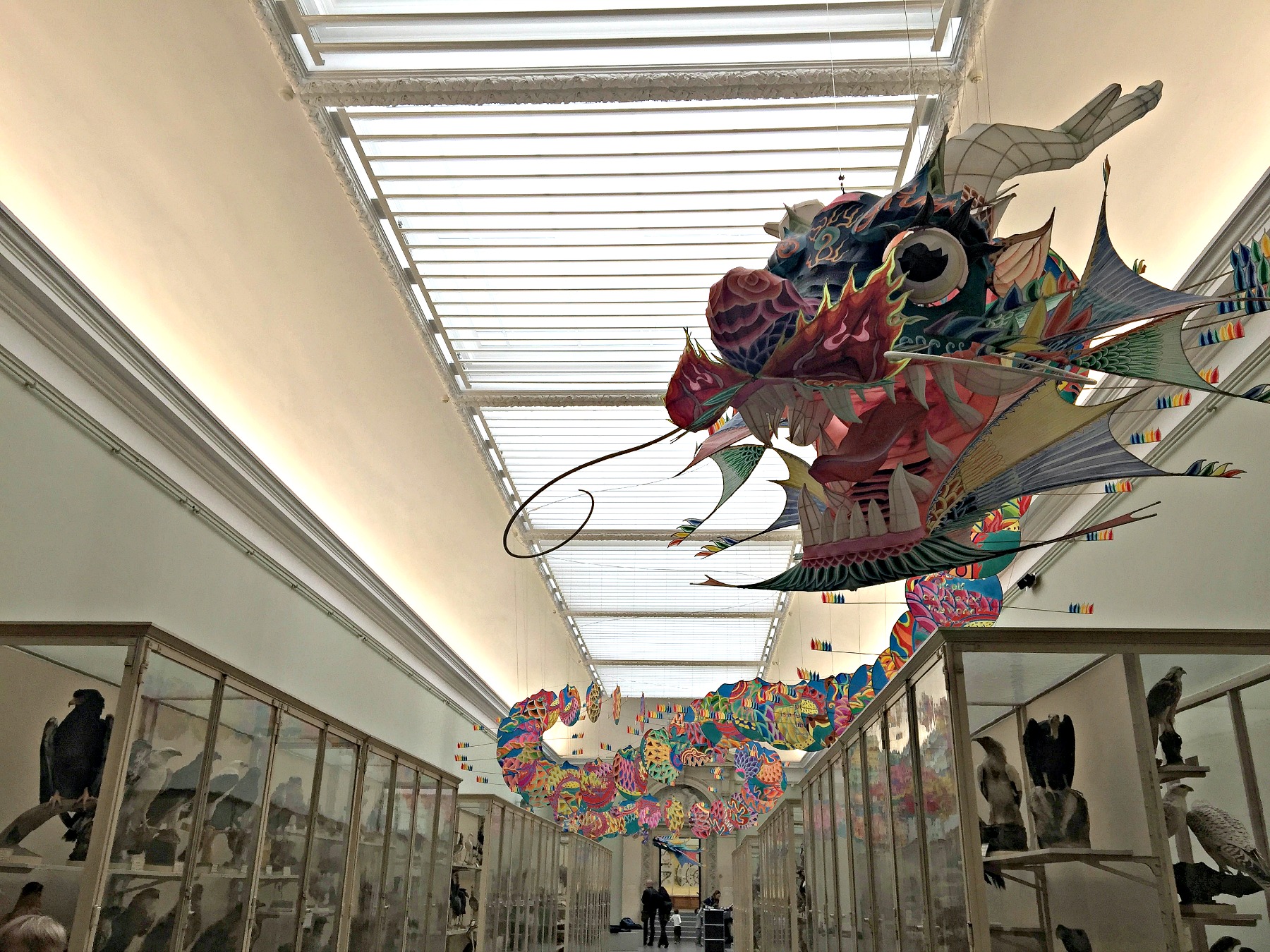 The works featured in the exhibit seem to be a study of banal or ordinary things – sunflower seeds, surveillance cameras, traditional Chinese porcelain plates, maps, bones, an iPhone – but from these objects emerge rich symbols of freedom, individuality, and a piercing criticism of the Chinese political system. 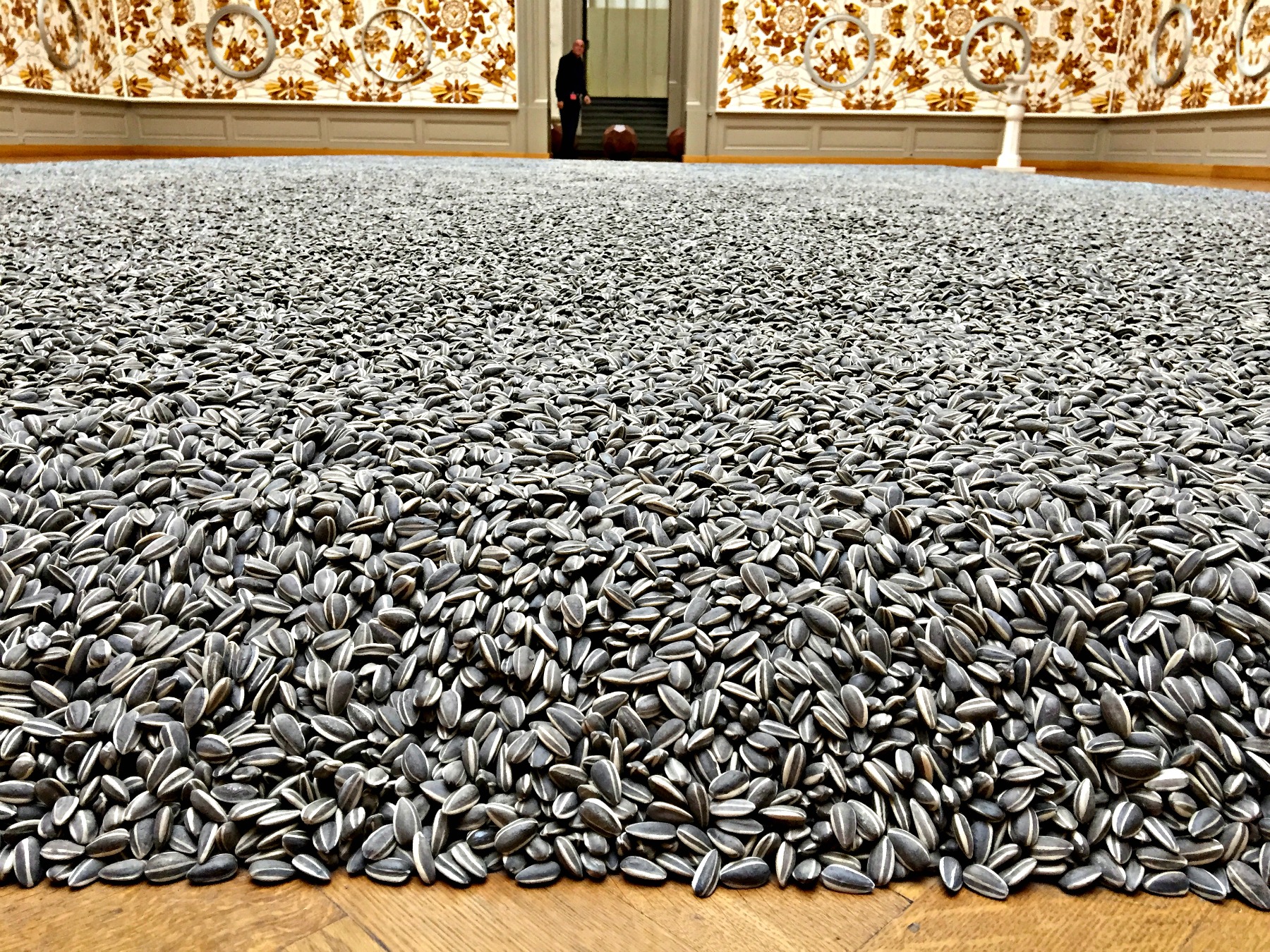 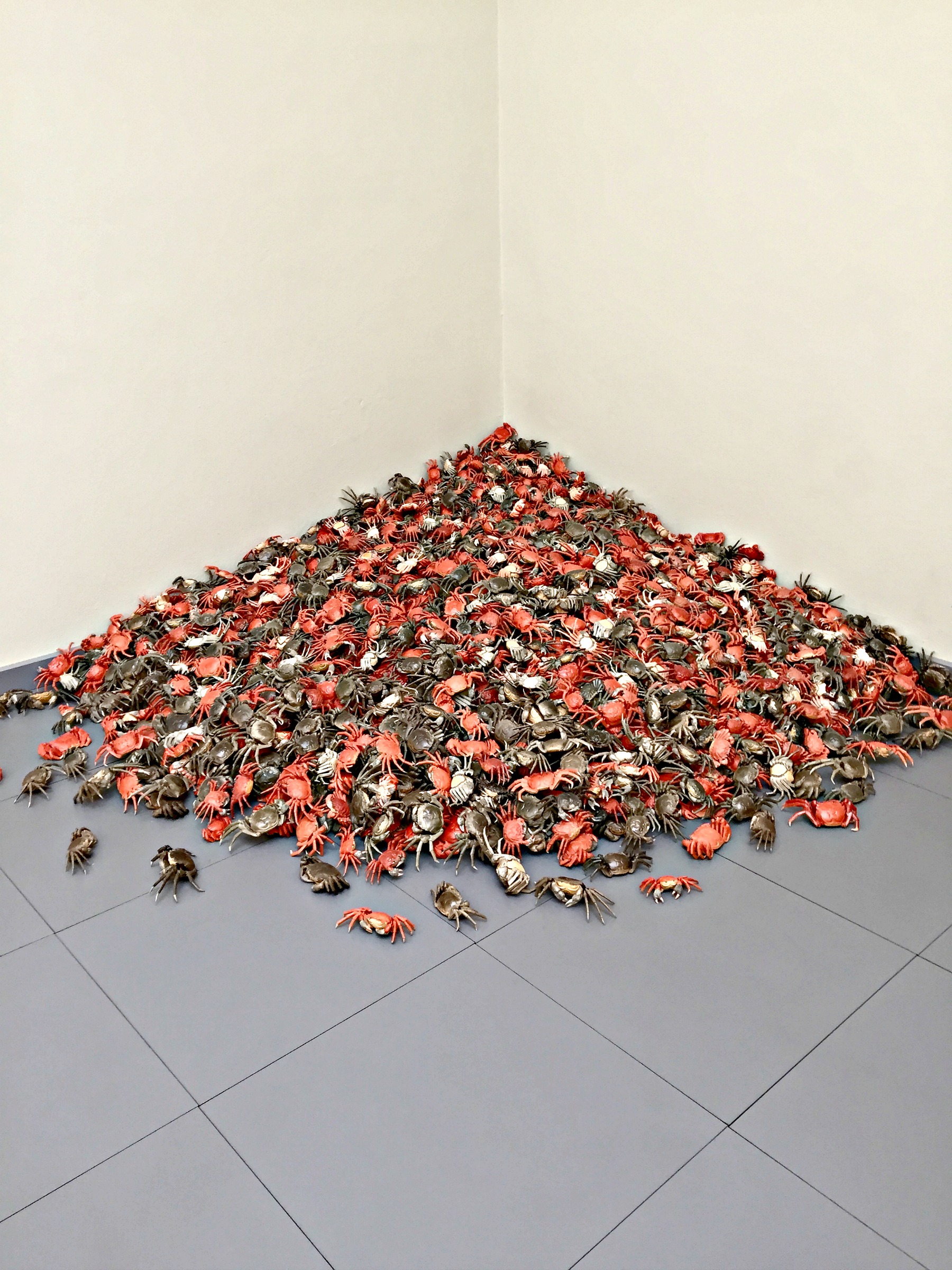 Weiwei’s observations about life and society are as humorous and hopeful as they are preoccupying. He takes the wood from a destroyed historic temple and fashions it into a map of China, making something beautiful from waste all the while criticizing the sometimes-destructive march of modernity. He creates a traditional Chinese dragon kite (that fills an entire room!) and covers it with quotations from imprisoned activists like Edward Snowden and Nelson Mandela; and if you look into the dragon’s pupils, you find the silhouette of the Twitter bird. 100 million porcelain sunflower seeds look like sea of homogeneity, when in fact, each one was hand-painted to be unique. Think about that for a moment! 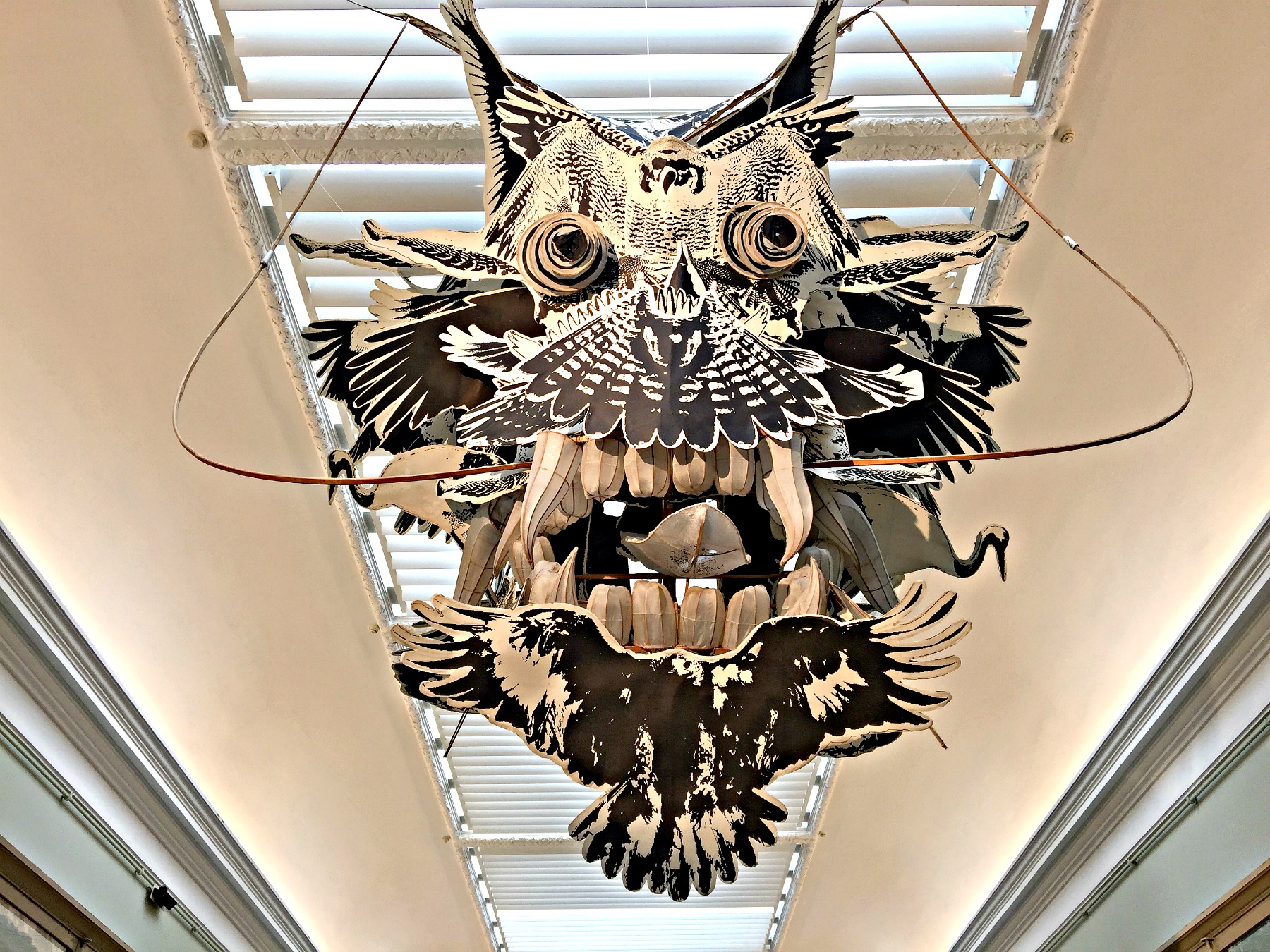 We loved the exhibit, and we’re excited to see that Lausanne attracting such heavyweight artistic works. The museum is totally free, always, everyday, without exception. Honestly, you’d be crazy not to take advantage! We absolutely recommend picking up the guide at the entrance, since the meanings are not always apparent.

And in case you want to prepare yourself for the exhibit, take a look at this read this interview with Weiwei in Vice and this recent article in the New York Times.

The exhibit is on until January 28, 2018. Remember that the Palais de Rumine is open on Sundays (!!), and it makes a perfect rainy day activity.

If you get a chance to go, let us know what you think! We’d love to hear your thoughts on the exhibit. 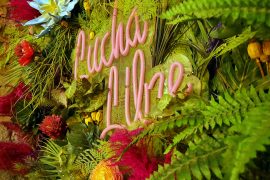