On a foggy Sunday morning, we navigated our way above the hills of Montreux to an isolated cabin in the woods, just at the foothills of Rochers de Naye. We exited the car, hoping we had reached the correct destination and immediately felt a chill in our bones. The air was crisp and smelled of damp earth; our shoes sunk into the grass as we walked around the cabin to find our host sipping on coffee outside, overlooking what should have been the lake, but instead was a shroud of fog. 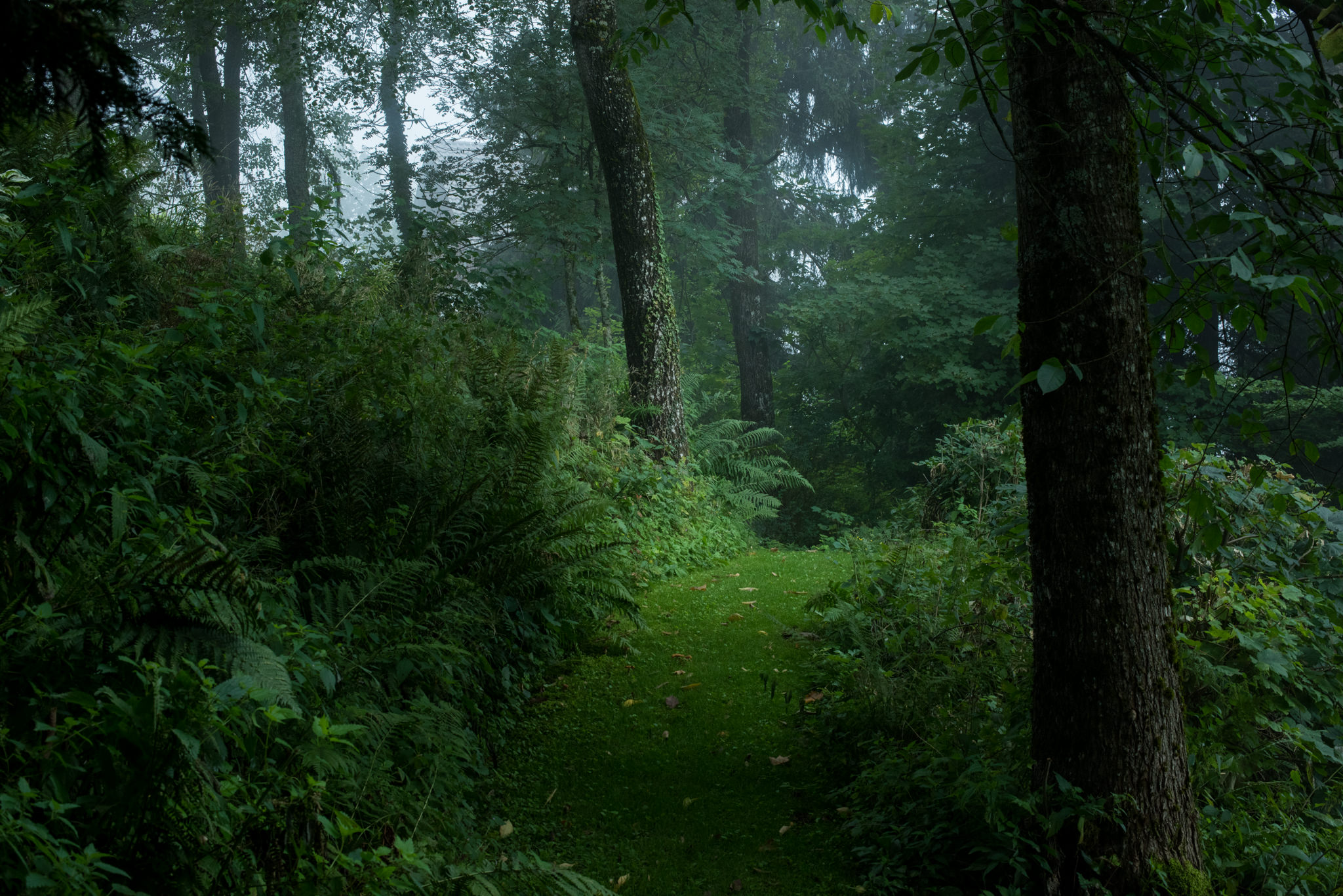 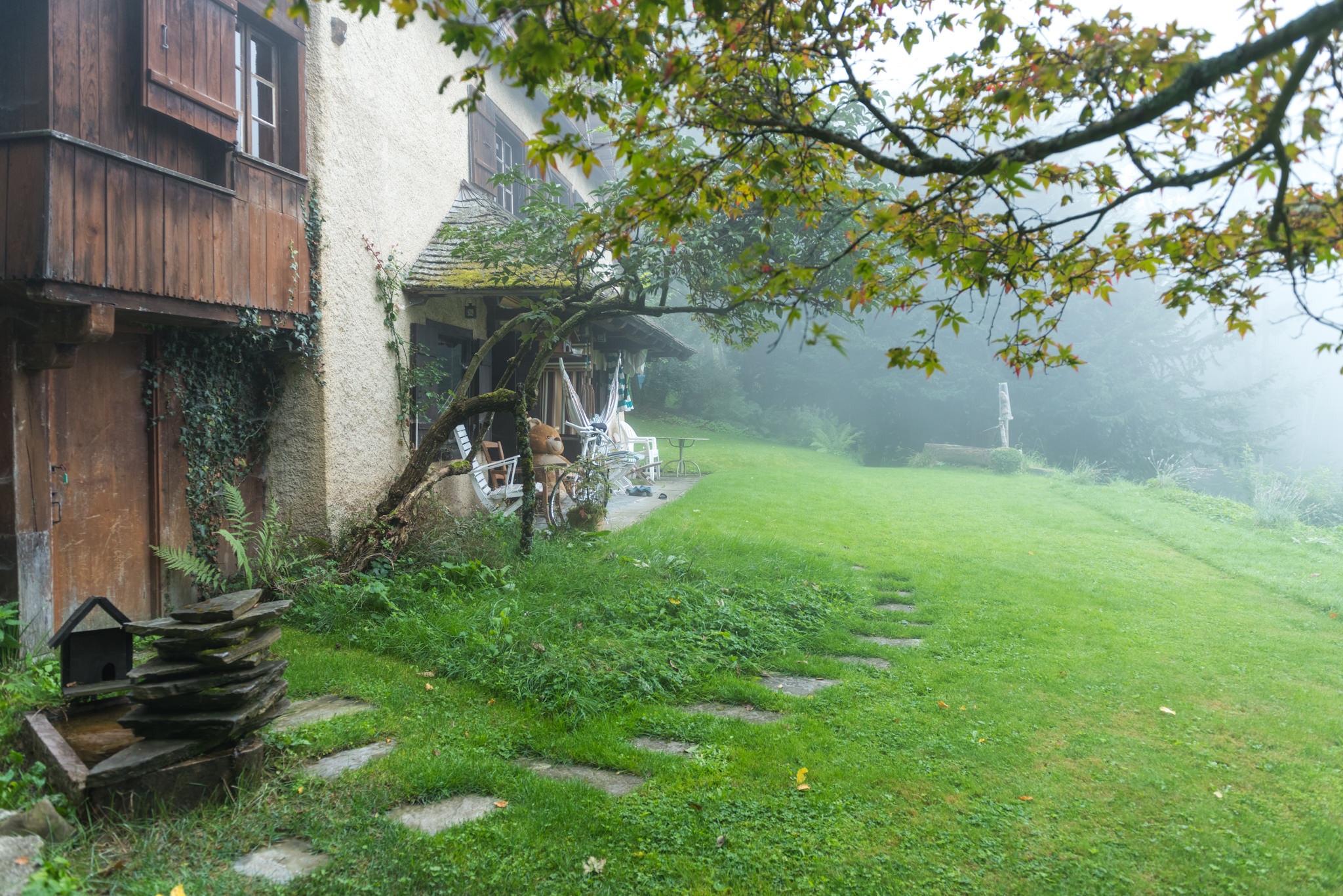 Born in Paris to a Swiss mother and Argentinian father (both who are architects), Hugo has always had the desire to create. He realized at a young age that art was a language in itself–a language that he connected with, could express himself better with, and one he couldn’t picture life without. 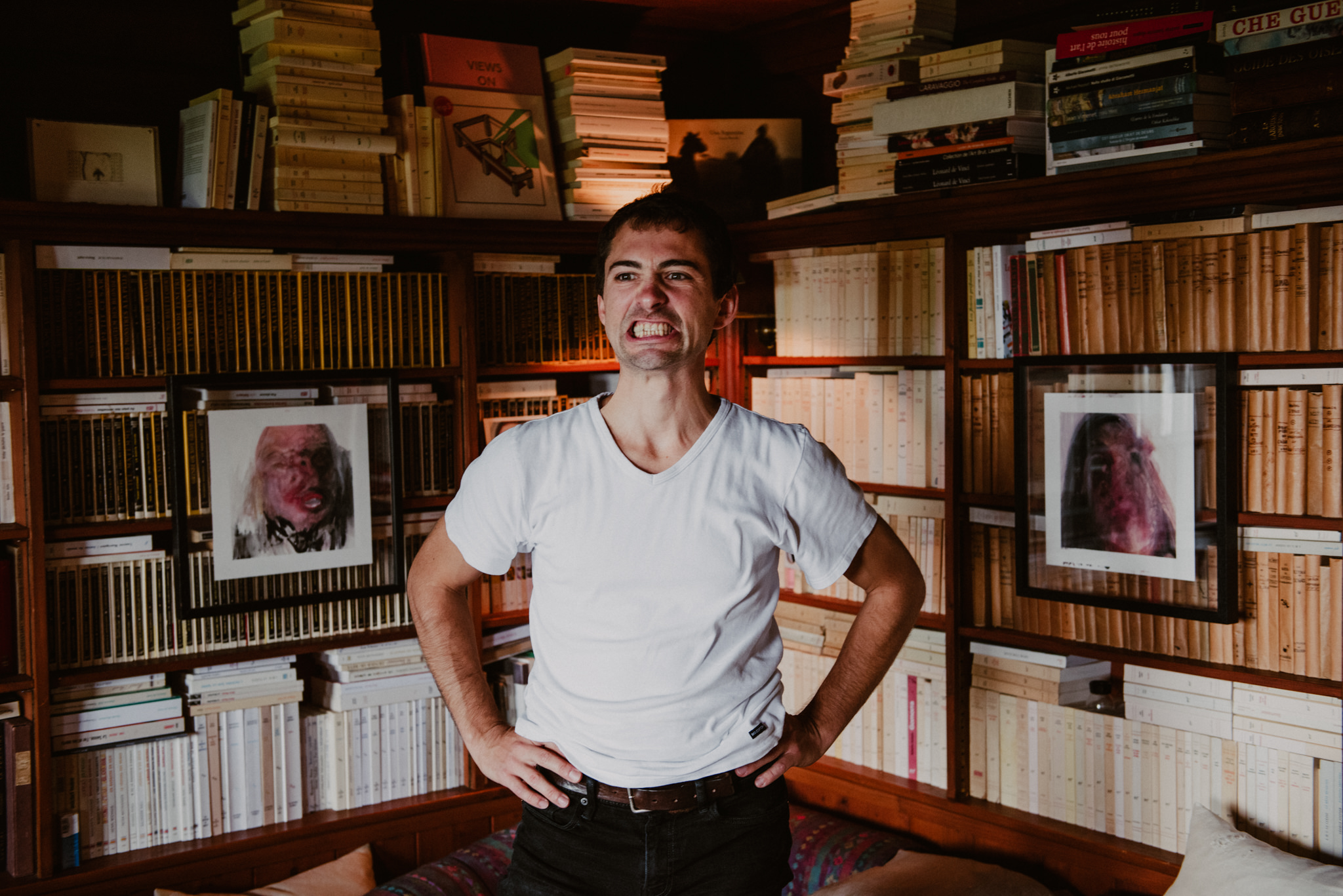 When looking at his works, it’s crazy to realize that Hugo is self-taught. He described his first week of art school in Argentina during our chat–how he sat down in his sketch class and realized, after 4 hours, that the class had finished and he hadn’t even picked up his pencils but instead read a newspaper from cover to cover. He never returned to school after that day, and thus became both the teacher and the student. But in many ways, it’s the only way his art could ever be: an organic manifestation of his own self. Many of his pieces, like the paintings that hung in Château du Chillon last year in an exhibition called Portraits Fantômes, are haunting for more than the obvious reasons. It’s as if the paintings have taken on lives of themselves; each layer telling a story, revealing a quality, and begging the viewer to take a closer look.

His newest project CANIBAL, is a collection of 784 portraits (392 oil portraits that have a ‘reflection’ on the backside) done in 10 days all subjects from Lausanne. He and his assistant spent five hours on UNIL’s campus, photographing students, faculty, passersby, then used those photos to create quick portraits. Some of the paintings took as a little as 10 or 20 seconds to create; an instinctual consumption & translation from mind to brush that will again be consumed & translated by you…the viewer. No names, no identities, just a narrative that is created when you flip from face to face to face. We sat down with Hugo and asked him a few questions about his life as an artist, and his newest book which launches this week: 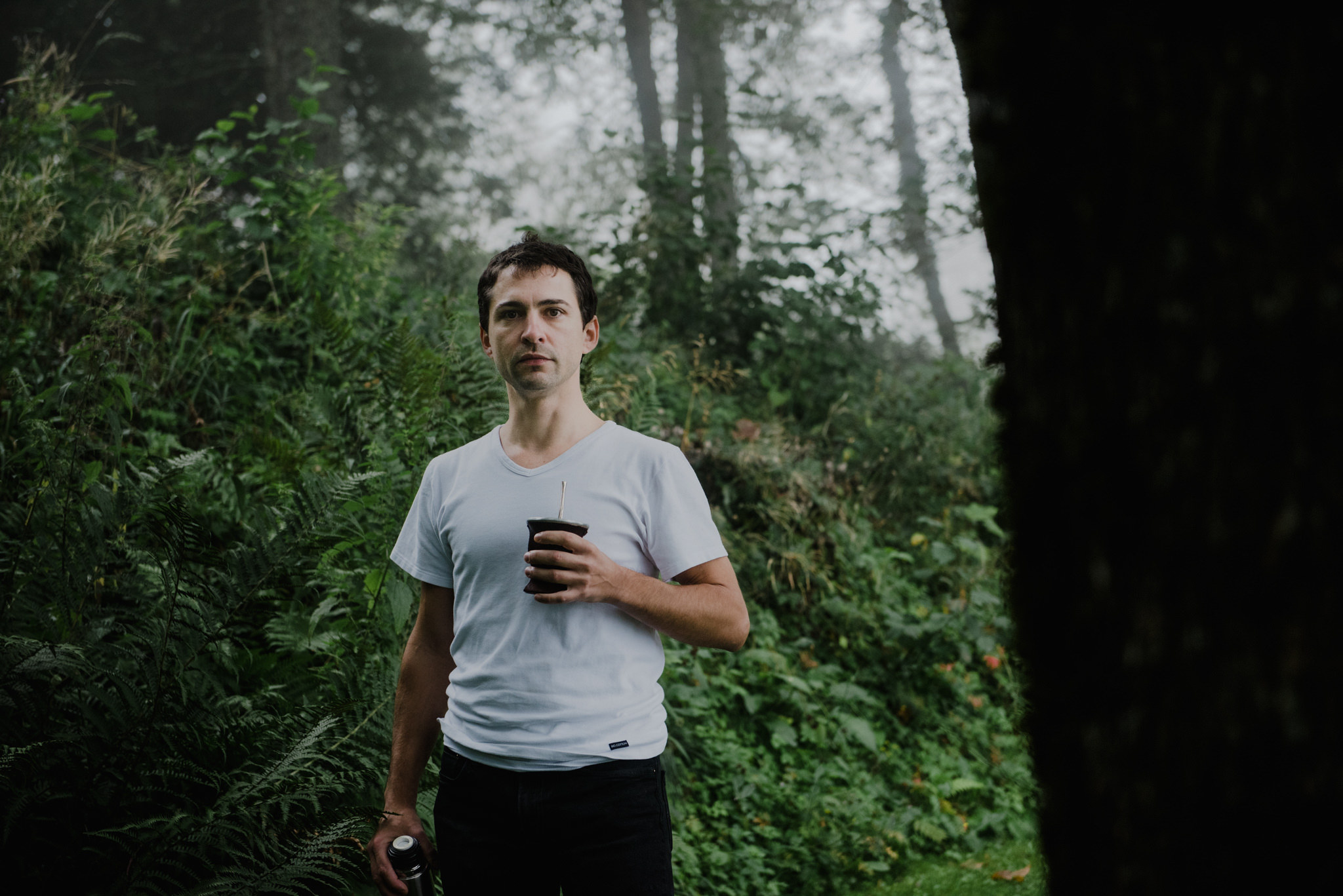 Can you briefly describe what drove you to becoming an artist?

Not being able to be otherwise. Visual arts as a language grew in the vacuum of words. I felt this at an early stage and I believe I kept on doing everything else in a different way, my way.

How would you describe your style/aesthetic?

I wouldn’t want to have a style. I’d like to think that my work is the completion of a subversive mind. The aesthetics modulate my desire of provocation. 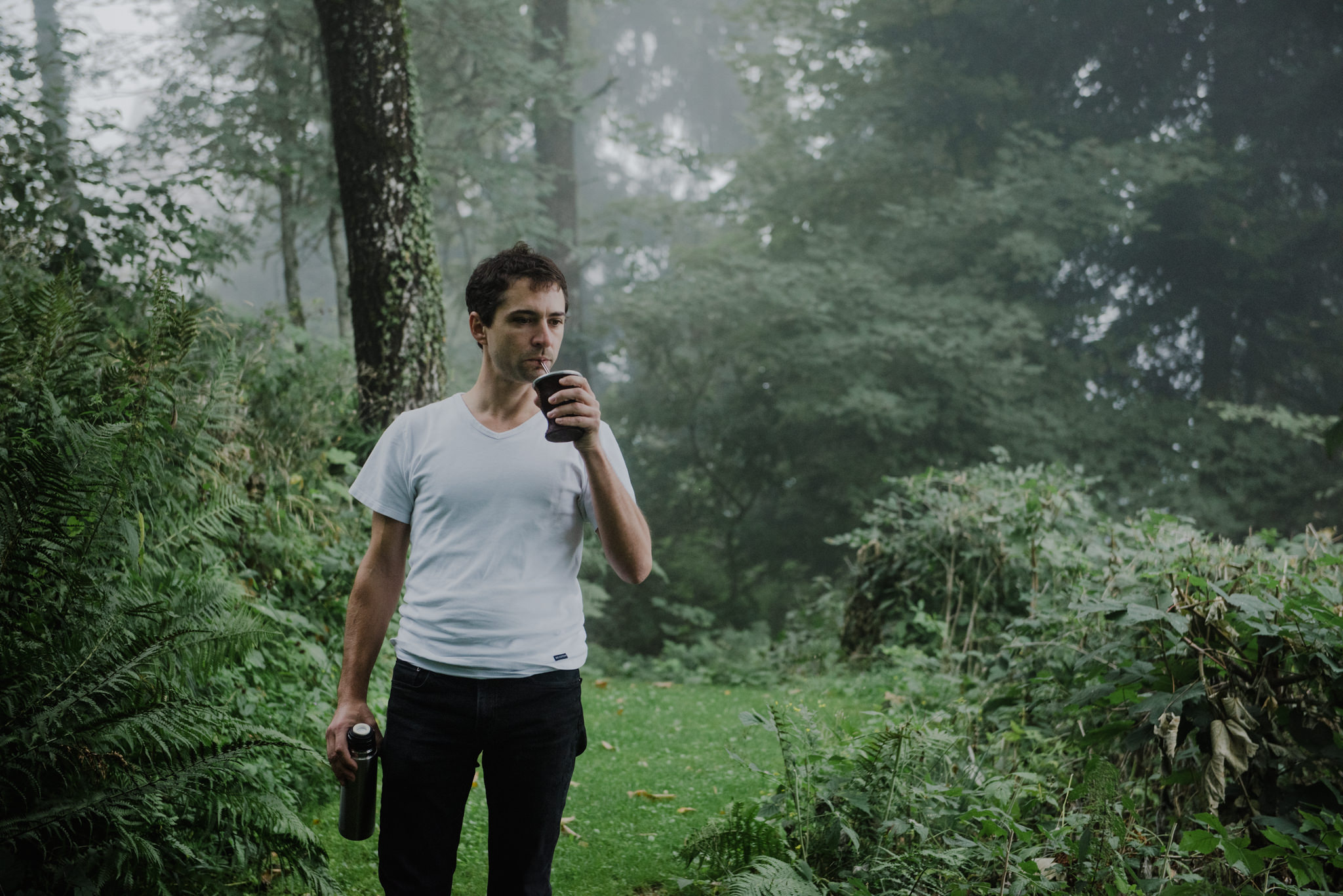 What have been your favorite pieces to create? Why?

I can’t live with favorites, it’s a mortifying feeling. I can remember good moments in the process of creation, a spontaneous erection, working to the [point of] exhaustion. Whatever overcomes the means of saying can be satisfying–that moment when ficiton produces a precipitate. 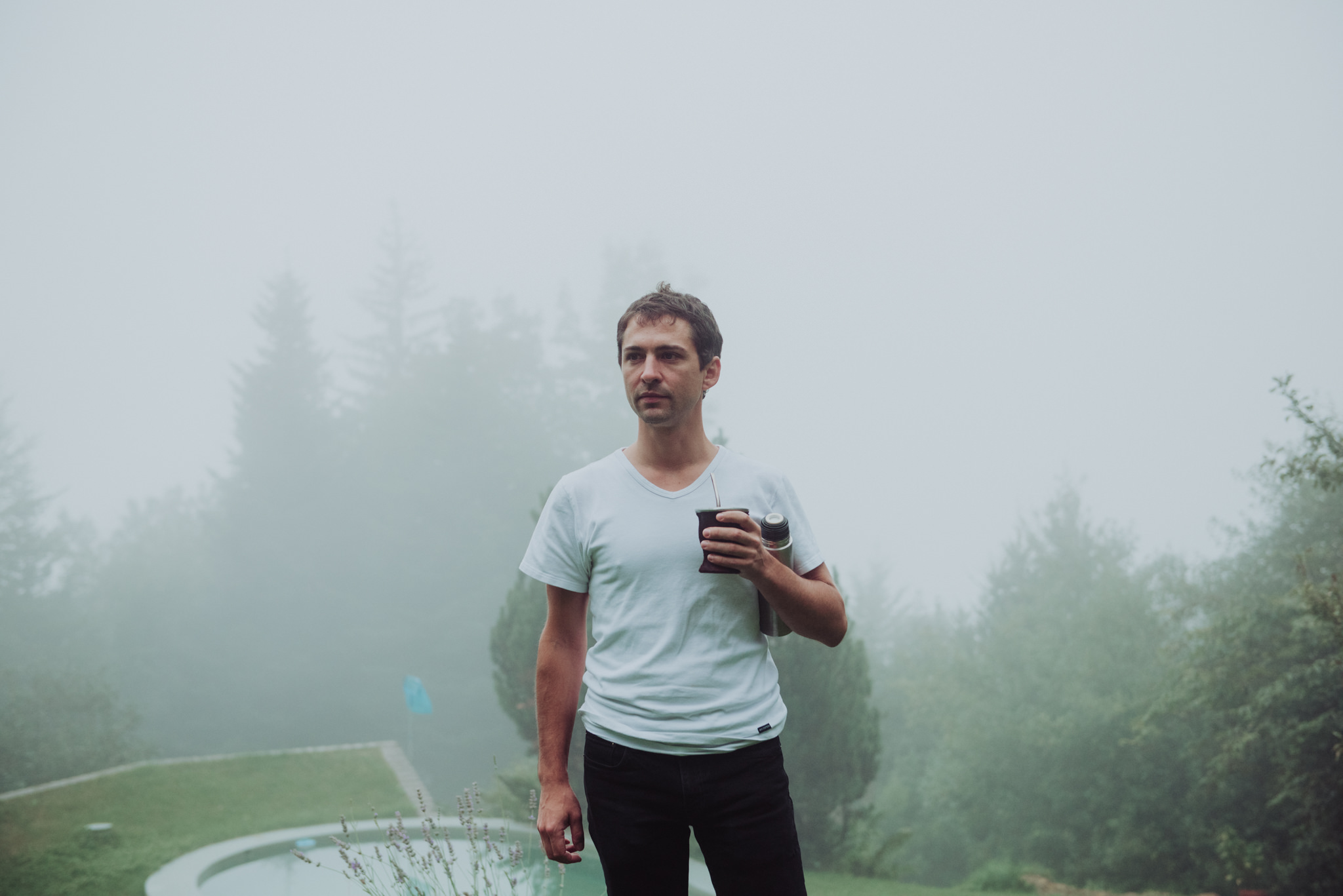 Your book is called “Canibal”—can you tell us why you chose this name?

This was like showing my left nipple for the first time.* I’ll always remember the day I came to be the title of my own work. It’s like becoming an adult. The generalized use of tinder, grinder, and other apps made me aware of the fact that I wasn’t the only one to do this. I feed myself from collecting people’s identities and faces. To the point where ‘autrui’, the other, becomes a piece to add to my conception of landscape, a territory for me to conquer. Over time, as my land gets bigger, I expose my integrity to the division of being.

*{Hugo later explained that for him, his left nipple represented one of the most vulnerable and sensitive parts of his body} 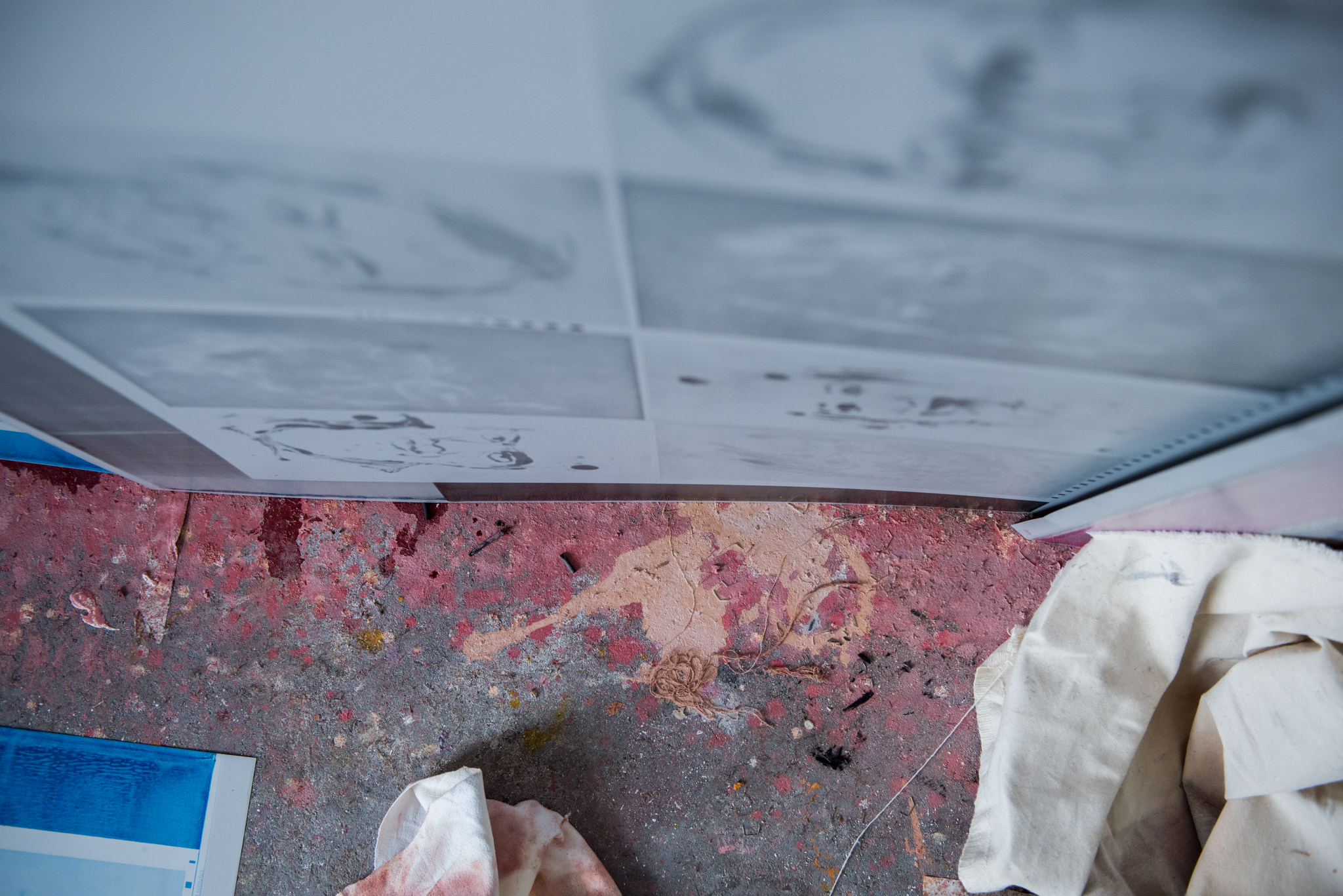 Why did you decide to create this book? What do you hope a reader will encounter when they open its pages?

Imagine that this is a representation of my memoir. It was a stack of papers on a shelf. I have a number of shelves and a number of closets hosting them. You look back and remember, holding 784 pages in one hand, scrolling through with the other in a motion like the one given to a flip book. All of the paper sheets are two sided faces, I have their emails and yet they are all strangers to me. This was a 10 day streak of face interpretations with my brush and oil color. Providing the ensemble with a one object feeling. Now that the 784 pages and portraits are sewed together, because they are so numerous, my memory is fractioning the book into a number of series, all given a time frame and interpreted into a narrative which will able me to recall. This became a book when I realized that the space thereby created is infinite. 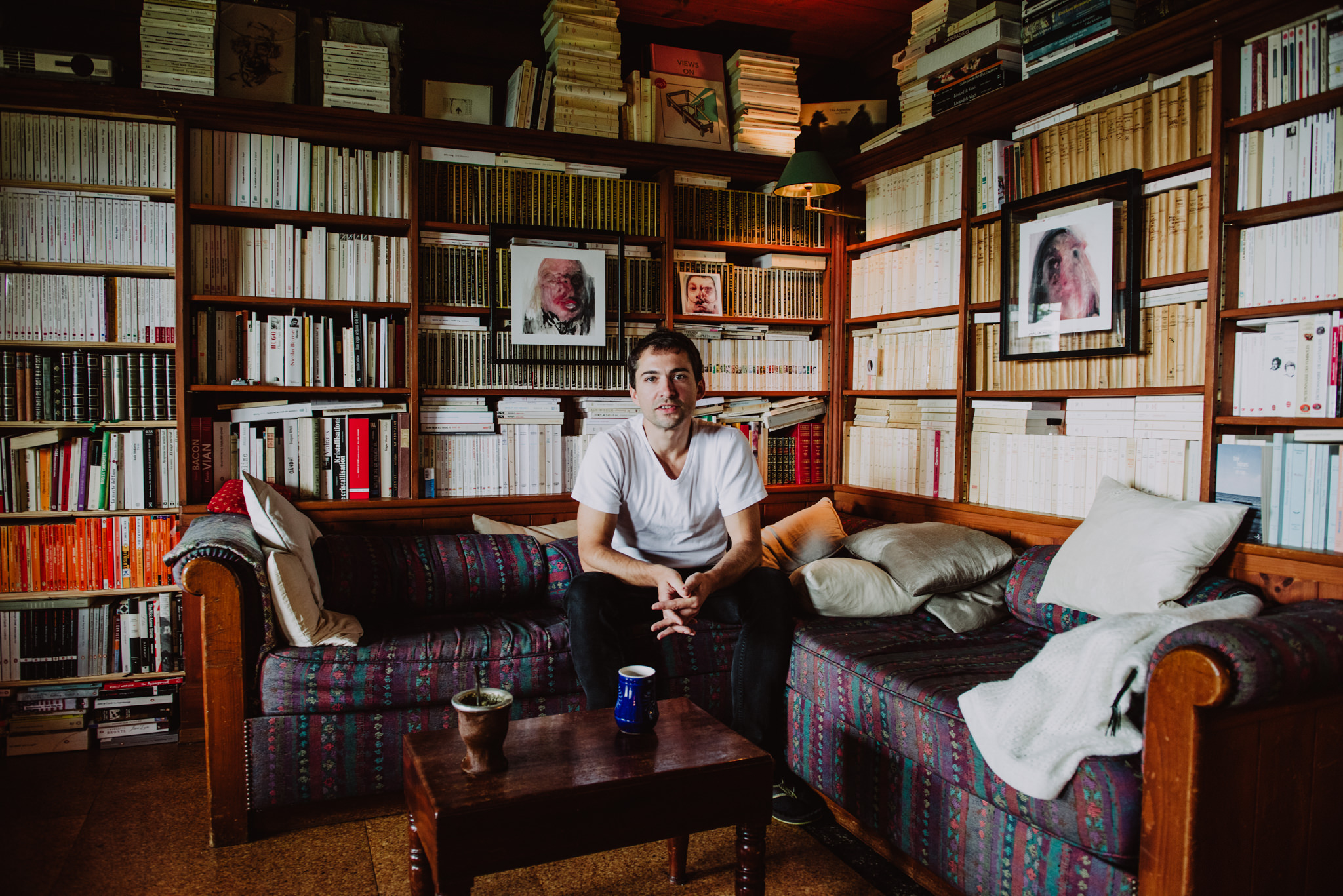 What other artists influence or inspire your work?

What do you do to nurture creativity? For example, if you’re feeling uninspired or dry, how do you feed your creativity?

I look for a pattern in my dreams, I twist them in the folds of my sheets and make objects with them. I wish to share a playful moment with friends, acquaintances, partners and learn from them; it’s like opening a window into a stuffy house. Open some more, share some more.

Does the local geography, culture, history, etc. have an influence on your art?

I know it does, it’s something I look back onto with interest. It’s not something I shape. My need to periodically migrate materializes in a way I don’t foresee, it just happens to my benefit.

What are some of your favorite things to do when you’re not creating/painting?

Making love in the woods.

Do you have any tips for aspiring artists and painters?

You can meet Hugo and buy his book CANIBAL this Saturday the 23rd of September, at Payot Lausanne, Place Pépinet from 4:00 pm to 5:30 pm on the 2nd floor in the “BEAUX ARTS” section. Who knows, maybe you’re one of the faces…

Learn more about Hugo and his work by visiting his website. 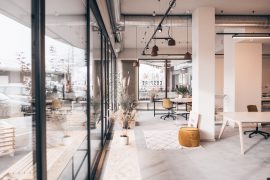 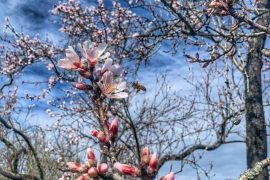 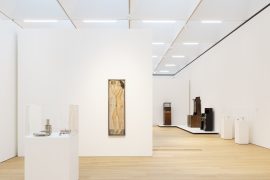 Under the Skin. A fleur de peau.